Our Experienced Mechanics in Fort Myers

Our Experienced Mechanics in Fort Myers

His close friends, and long time Clients call him a Rockstar Business Man, perhaps projecting their underlying desire to be surrounded by classic and exotic cars where images of Formula One, Nascar, and popping champagne corks seem within reach… however, don’t be fooled, Rick Hunts reputation in the automobile repair market has been earned the good ol’ fashioned way, hard work, perseverance, and delivering what he promises to all his Customers, good work, on time, at a fair price.

This work ethic stems from his Midwest upbringing in Independence, Iowa, where his introduction to cars started while attending events his father Jack (a Veterinarian by profession) promoted at the Iowa Independence Motor Speedway.

In the early 80’s Rick followed his Uncle David to SWFL to build, and service a car fleet as part of an all-inclusive vacation package, a little a head of their time, they realized they needed to shift direction, and instead chose to focus on auto repair and storage.

Rick’s success, and stellar reputation in the auto repair, and service market in SWFL has been built over thirty years, to his credit he’s surrounded himself with an equally talented, and tenacious group of men, who share his passion and goals for Hunt Automotive, and it’s Customers.

Rick’s extracurricular resume includes a deep love of Moto X Racing, with the scars and accolades to prove it, albeit less so nowadays, as he says “no need for heroes…” he’s shared this passion for Moto X with his kids, and they too excelled in the sport.

Favorite Movie Car Chase Scene: ‘68’s Bullitt …the iconic scene of one of the greatest, if not the greatest, car chase scenes in motion picture history where the Charger loses its hubcaps. 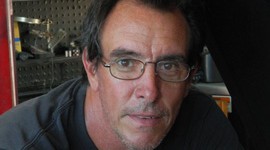 Mike’s been working with Rick at Hunt Automotive for over twenty years. Like his Colleague Brett, he hails from Madison, Wisconsin where he obtained his ASE Certification before moving to SWFL.

Mike’s love of auto mechanics began in childhood where he tinkered on, and fixed the family cars. He’s the only Member of his family not in Banking; instead choosing to follow his childhood dream.

For Mike, the most rewarding, and challenging part of his career at Hunt is problem solving; identifying, and repairing the mechanics in the vast collection of classic and exotic cars they work on.

When possible, Mike’s weekends are spent fishing, or always close to water. 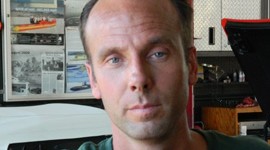 A native of Madison, Wisconsin, in 1996, Brett, a newly ASE Certified Technician moved south for the warmer climate, and joined Hunt Automotive immediately.

Fixing cars is in Brett’s genes, his Dad’s also a mechanic with his own shop in Madison, where Brett spent his youth learning the trade. He brings a calm reserve to the Team at Hunt, and his key piece of advice to Car Owners, “… maintain, maintain, maintain…”

If you’re looking for Brett & his Family on weekends, they’ll be close to a pool. 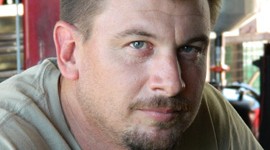 Nolan is the newest member of the Hunt Automotive Team, joining them on a part time basis in 2013.

Originally from Chicago, Nolan’s passion for cars started at an early age, the most challenging aspect of his work at Hunt is the electrical systems in British Cars, the most rewarding part the fun of working on an array of classic and exotic automobiles.

To relax, Nolan and his Wife can often be found participating in Auto X racing. 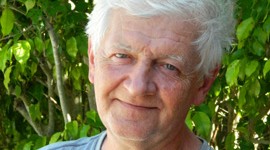 Born in Moscow, Russia, Vladmir has embraced Florida’s climate and likes to spend as much time as possible in the sunshine, and is an avid Jet Skier. Otherwise, you’ll find him participating in his second love, Ping Pong (table tennis). 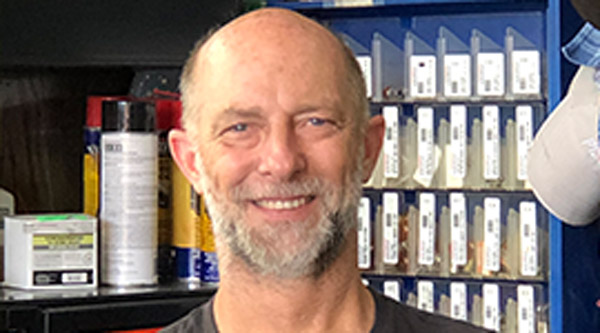 Bill has been working on a part time basis at Hunt Automotive since 2012. Born in Norwalk, CT, he moved to SWFL as a young teen when his Dad retired.

Bill’s passionate about mechanics, be it cars, motorbikes, e-mountain bikes, or bicycles. At Hunt Automotive he enjoys learning new skills, particularly in fabrication, creating that customized part for a Client’s car. Bill’s tips for auto Owners, keep it clean, and check the air in your tires regularly.
Bill also owns The Bike Route https://www.thebikeroute.com/ on weekends you’ll often find him riding his e-mountain bike at the Caloosahatchee Regional Park Mountain Bike Trail, or joining Rick for motocross.